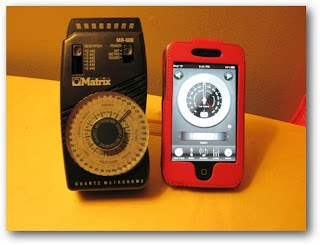 In my never-ending quest to carry as little as possible with me, I’ve started using my iPod Touch to substitute for other devices such as a metronome, tuner, and recorder. I’ve got a 2nd generation and the battery life is pretty horrible sometimes, but the apps are getting better and better, and this iPod can truly function well as a practice buddy.
That said, I have mixed feelings about recommending my students use their phones as their tuners and metronomes, because I know how distracting these devices are. I’m not sure a cell phone belongs in the practice room with some of my students, as addicted as they seem to text messaging and such.
Assuming that you use self control or turn of the internet and phone functions on your iPod touch or iPhone, here are my favorite practice tool apps for these devices:
Also, there are some fun applications to develop your ear training skills as well. I’ve been using a couple of them to pass the time when I’m stuck somewhere. Might as well practice my intervals and chord qualities while I’m waiting at the doctor’s office - it’s as fun as most games.


Update: Here's another app I'm using right now to track my practice time. It's called Musician's Practice Journal, and it has a color coded graph that shows practice time from day to day. It motivates me when I'm tired in the evening after teaching to get my practicing done. (Monday, January 31, 2011 - 07:38 PM)

Posted by Shannon Thompson at 10:56 PM No comments:

Today, the extended clarinet choir at WCU (21 players) performed my latest version of Hanukkah Music at the annual School of Music “Sounds of the Season” concert. You can hear our live performance complete with audience participation (lots of coughing, footsteps, and a baby screaming) here - scroll down to the bottom of the page.
I wanted to round out my two part piece by adding a third Hanukkah standard: Rock of Ages. To keep it fresh, I added some early polyphony in fourths, polytonality, and a Renaissance dance section with finger cymbals and drum. We celebrated the Festival of Lights by having clarinetists wear strings of lights. The new LED strings of lights really put out some light! (Hope to have a photo up soon.)
Anyway, we had a good time playing this, and the concert is all for a good cause: music scholarships for music majors at Western Carolina University.
Posted by Shannon Thompson at 2:30 AM No comments: